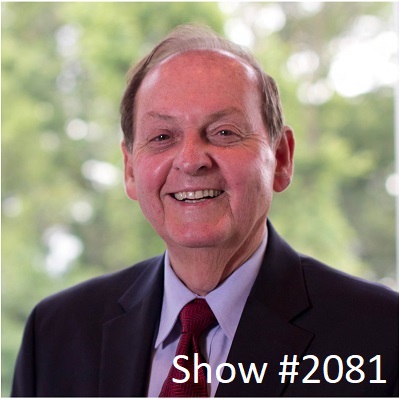 Posted at 06:56h in SFS Radio by jamesbeach

Howard Wolk – Co-President of The Cross Country Group and Author of Launchpad Republic: America’s Entrepreneurial Edge and Why It Matters

Entrepreneurship has kept America fresh and powerful. It has
kept our economy renewing constantly. It is why our country
has sustained growth over 200 years.

The classic small business person really doesn’t have the same kind of support from either political party that they had in the past. 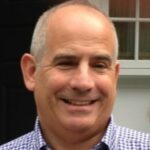 Howard Wolk is an experienced entrepreneur, company builder and investor. Howard is Co-President of The Cross Country Group (CCG). Howard began his career at the New York City law firm of Simpson Thacher & Bartlett, and then joined the White House as Associate Counsel for the transition team during the Clinton Administration, also serving as a member of Vice President Gore’s Task Force on Reinventing Government. He is co-president of the Cross Country Group, a privately-held firm consisting of start-ups and mature companies. He is a former senior fellow at the Harvard Kennedy School’s Mossavar-Rahmani Center for Business and Government, where he developed and led a study group on entrepreneurship and society. He is the co-author, along with John Landry, of Launchpad Republic: America’s Entrepreneurial Edge and Why It Matters.

Dr. Roger Blackwell – Former Professor at Ohio State University and Author of 40 books including the new Objective Prosperity: How Behavioral Economics Can Improve Outcomes for You, Your Business, and Your Nation

I believe a lot of startups fail because they have too much
capital. They focus on the investors instead of the customers. 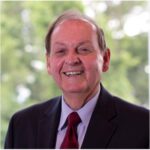 Dr. Roger Blackwell’s career as an entrepreneur began in his early years. Roger sold greeting cards to neighbors, friends and relatives. By the age of 12, that business grew to an annual income as much as the fathers of some of his school friends. At age 16, with a loan from the Nodaway Valley Bank, where he became friends with the President while depositing savings every week from the greeting card business, Roger bought a house, using rental income to make the payments. Selling the house years later for several times its purchase price and the mortgage paid off, Roger used that money to finance his Ph.D. with enough left over for the down payment on his first home in Columbus, Ohio, after taking a position as Assistant Professor at The Ohio State University. Roger began a forty-year career of teaching, research, and speaking to business groups.  Mostly he taught Marketing Research to undergraduate students and Quantitative Methods to MBA students, but he also taught Marketing Management and Business Policy. With Professors James Engel and David Kollat, Roger began team teaching a Ph.D. seminar called “Consumer Behavior.” It was one of the earliest of a hand-full of universities teaching the course, and resulted in Engel, Kollat and Blackwell writing their first textbook, Consumer Behavior. Consumer Behavior is in its tenth edition, translated into multiple languages and used by business organizations and universities throughout the world. At age 29, Roger was elected to the Board of Directors of the Alexander Hamilton Life Insurance Company in Detroit. Over the years, he served on fourteen public boards and numerous private ones, some becoming public corporations such as CheckFree (now Fiserv). He became Director and largest shareholder of Max & Erma’s Restaurants, participating in its growth from seven stores to over 100.  Roger considers the “hobby” of growing small firms into large ones as much fun as some people find golf or football.