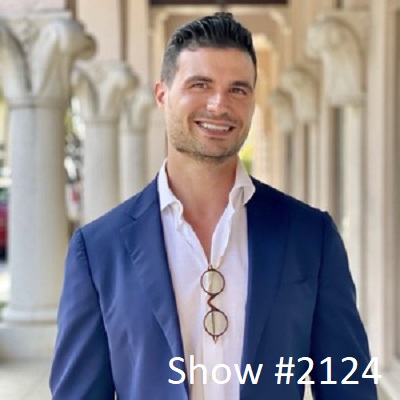 Posted at 12:07h in SFS Radio by jamesbeach

We don’t sell at retail, because customers wouldn’t be getting
the full Novos experience, not just the formulations, but also
the testing and the knowledge that by subscribing you receive.
You would miss out on this with a retail experience. 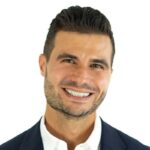 Chris Mirabile is a serial entrepreneur, brain tumor survivor, and the youngest winner of NYU Stern’s business plan competition, Chris Mirabile is known for beating the odds. Chris’s success came early with Hotlist, a startup that acquired nearly a quarter billion people’s social plans and caught the interest of both Google and Facebook. But when another business’s underhanded dealings bankrupted his company and an apartment break-in left him virtually penniless, Chris dropped from the high life to rock bottom. Since that first success (and failure), Chris has co-founded multiple lucrative startups, including a commercial real estate tech platform whose first clients possessed more than a half trillion USD in assets. But what helped Chris stay grounded through the ups and downs in his life? Focusing on living well. Chris’s childhood bout with a brain tumor had piqued his interest in the biology of health, but now his pursuit of health and longevity had become an obsession: why do our bodies age and become more prone to debilitating illness? The Top 5 Finalist for Entrepreneur of the Year was determined to find out. Chris became a self-proclaimed “citizen scientist,” researching and experimenting with supplements, diet, and exercise to find the secret to living a long, healthy life. Together with Dr. Kris Verburgh and a half dozen world-renowned longevity scientists, Chris founded NOVOS, the first nutraceutical company that targets the ten mechanisms of aging to increase longevity. With NOVOS, Chris created more than a supplement company — he built a platform that uses the latest science to help people take control of their healthspans and lifespans to be younger for longer.

Steven M. Sack – Labor and Employment Attorney and Author of  FIRED!: Protect Your Rights & FIGHT BACK If You’re Terminated, Laid Off, Downsized, Restructured, Forced to Resign or Quit

Every firing is negotiable!!! 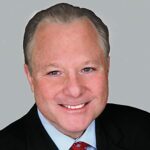 Labor and employment attorney, Steven M. Sack (The Employee’s Lawyer®), best-selling author of 20 law books has spent his 41+ year legal career defending people who have been exploited in the workplace. His mission is to protect employee rights, and he is an advocate for those who have been unfairly treated and discriminated against in their jobs. His “The Lifetime Legal Guide” for Book-of-the-Month Club sold over 250,000 copies in six editions. He has appeared on hundreds of television and radio shows, and his comments on workplace issues and the rights of fired workers have been featured in dozens of publications. He has been honored as an “Employment Law Trailblazer.” by the National Law Journal, and his books have received numerous awards. With “FIRED! Protect Your Rights & FIGHT BACK If You’re Terminated, Laid Off, Downsized, Restructured, Forced to Resign or Quit,” attorney Sack has taken his knowledge of fighting for worker rights and created a comprehensive book about protecting the rights of employees who are terminated from their jobs for any reason. Mr. Sack maintains a private law practice in New York.