Posted at 01:59h in SFS Radio by jamesbeach

Parameshwar Babu established a technology company, known as Param Projects Private Limited, in 1996. He is the visionary whose initiatives led to the mushrooming of Internet cafes all over India. Internet in India was very expensive at the time and not many people could afford it. He was a young college graduate himself and he created breakthrough software products in 1997 that revolutionized Internet growth in India and consequently gained international acclaim. His product was ranked #1 among the top 10 networking applications of the world by CNN in 1999. Within 5 years, his product was sold to 30,000 customers in 80 countries. In 2007, he founded a new web development to help small and medium businesses around the world make use of web, mobile and E-commerce technologies. His company has handled nearly 600 clients globally during the last 10 years but majority of them are from North America, Europe and Australia. His achievements have been featured in leading magazines and websites, like The Hindu, Dataquest, Indian Express, Financial Express, PC World (USA), and CNN.

Aaron Aders is Founder at LEIF Technologies which was born from the desire to snowboard everywhere, all year long. LEIF is the world’s first and only electric skateboard that moves just like a snowboard, even sidesays. LEIF brings the smooth, sideways motion that you can only find on a mountain or a wave to the pavement, and it can travel up to 25mph and with up to 8 miles per battery pack. Prior to LEIF, Aaron was Co-founder of Relevance, a national leader in digital media marketing and execution. Aaron also writes tech columns for Inc.com and has contributed content to various publications including Time.com, Money Magazine, Businessweek, and SmartData Collective, where he also serves on the board of advisors. Relevance was on the 2013 Inc 500/5000 list, was a Red Herring Americas Finalist, was the #1 Fastest Growing Company in Central Indiana and a Best Places to Work in Indiana winner. 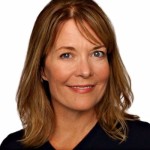 Christine Hueber has Over the past few years received the honor of being ranked the #1 LinkedIn Top Expert All Time and has one of the LinkedIn Top 1% Most Viewed Profiles. Christine and her LinkedIn Social Selling advice have been featured in Forbes Coaches Council, Mashable, LinkedIn Small Business, Inc., and Social Media Today. She has even been interviewed by Forrester Research for their data reports. The industry calls her the “LinkedIn Jedi Master” and people say she helps them hack LinkedIn for greater results.