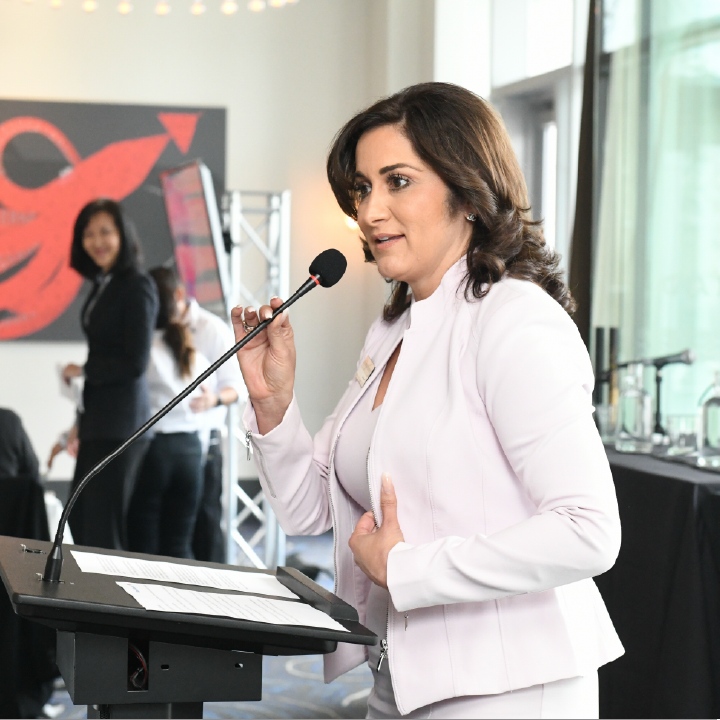 Posted at 16:29h in SFS Radio by jamesbeach

Instagram is an incredible tool to hit an audience that is really
captive to what kind of message you’re trying to get out and that’s
very important right now.

Elizabeth Pearson is a leadership expert and success coach who works with women who want to find more meaning and fulfillment in their lives. With a BA in journalism, Elizabeth climbed the career ladder in the traditional corporate world, where she managed multi-million dollar accounts (i.e. Target, Walmart, Amazon, Costco, Whole Foods, Disney, Ulta, CVS, Walgreens, etc) for Coca-Cola, Vitaminwater/ Smartwater, Pirate’s Booty, Skinfix and more. After launching her coaching business part-time in 2016 while leading a skin care company as a C-level executive, Elizabeth left her corporate career that provided a multiple-six-figure income so that she could better serve her coaching clients. She had an executive level position with a skin care company (she was their director of sales) making over $300k / year but she started feeling super stressed out about having to travel for work all the time and perform both with the company, and at home with her young family. She started studying personal development and started to create short videos sharing her views around getting what you want and creating success on your own terms that soon evolved into a business as people started to ask how they can work with her. She addresses both the practical, strategic side of things and all the to-do’s with her clients, and also the mindset and manifesting side. She’s now at $30k / month and has a waiting list – and it’s all built on her short videos talking with practical advice around going after the life that you want.

It’s not self-publishing, but it’s not traditional publishing, so
what does it look like? It looks like a hybrid.

Barry Cohen has over 40 years in advertising & PR. He has helped many smaller emerging brands of consumer goods move product. He has designed and implemented successful media and creative campaigns extremely cost-effectively. He has spoken at trade shows and conferences coast-to-coast, writes a guest column for a media trade magazine, and has authored two business books. Barry has worked with numerous producers of home improvement and health and beauty products–especially natural products. He has also been active in promoting players in the leisure travel industry. His specialties are nationwide cost-effective broadcast media buys, publishing for thought leadership, raising the profile and credibility of entrepreneurs and professionals.

Not only are there five million Latino owned businesses in the U.S. but they are the fastest growing segment in twelve different sectors.

Elizabeth Romero is the Small Business Central Division Executive for Bank of America. In this role, Romero is responsible for developing and implementing the overall sales plan and strategy for the expansion and retention of the Small Business Banking segment within Bank of America’s footprint. In her previous role, Romero was the Houston Metro Region Sales Executive where she oversaw seven Market Sales Managers who are responsible for financial center sales associates in 95 Financial Centers in the Houston Area. Romero was the Market Integration Executive for Houston for several years, focusing on how the various lines of business support one another. She has been in Consumer Banking for 23 years, joining Bank of America in 1993. In March, Liz was recognized as a 2015 Pinnacle Award Winner.