Posted at 08:43h in SFS Radio by jamesbeach

Michael MacDonald – Former CEO of Medifast and Author of From the Bench to the Boardroom: My Journey from Underdog Athlete to Turnaround CEO    &nbsp;

The first thing in a turnaround is to assess the situation and
the people. Are they capable of doing a turnaround? 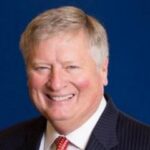 Michael MacDonald retired from Medifast in 2020 and  has served as non-Executive Chairman of the Board since January 2018. Mike previously served as Executive Chairman of the Board from November 2011 until December 2017. He was promoted to Chairman and Chief Executive Officer in February 2012. Prior to this role with the company, he was Executive Vice President of OfficeMax, from August to October 2011, overseeing the Contract Division, a $3.6 billion division of the OfficeMax Company. Mr. MacDonald spent 33 years in sales, marketing, and general management at Xerox Corporation prior to joining OfficeMax. Among his most significant roles was leading the turnaround in North America from the years 2000-2004 as President of the North American Solutions Group, a $6.5 billion division of Xerox. In addition, Michael was President of Global Accounts and Marketing from 2004 to 2007, where he led the re-branding of the Xerox Corporation. Mr. MacDonald also has international experience in marketing, sales, and operations with both Xerox and OfficeMax.

We like to talk about the Great Retention, instead of the great
resignation. Turn it around and look at those things that you
can do for your employees to keep them around.

Cornelia Gamlem, SPHR, is President of the GEMS Group ltd., a management consulting firm that offers Human Resources solutions. With over 30 years of business and Human Resource experience, she served in a senior HR leadership role in a Fortune 500 company. She has authored many articles and white papers and has been interviewed for and quoted in a number of publications, including the Wall Street Journal, New York Times, Financial Times, Newsday, Boston Globe, Fortune, and HRMagazine. With experience with a Fortune 500 company at the operations and corporate level as well as with small businesses, Cornelia is skilled in human resource and business practices, policy and management development in a variety of firms and industries including privately held firms and non-profits. She co-authored “The Big Book of HR,” “The Conflict Resolution Phrase Book,” and “The Essential Workplace Conflict Handbook” – all great resources for managers, business owners, and HR professionals.