Posted at 04:11h in SFS Radio by jamesbeach

Steven Fisher – Bestselling Author of The Startup Equation: A Visual Guidebook to Building Your Startup

Steve Fisher is co-founder of the Revolution Factory, a global network that funds, builds, and launching new products. He is also co-founder of The Revolution Institute, a global nonprofit that promotes social good. He has 18 years experience in product management and marketing, experience design and innovation strategy. Steve feels strongly that his background as an entrepreneur and filmmaker along with working for large corporations, has given him some unique insight into what businesses need to do in order to stay innovative, entrepreneurial and fiscally fit. Others might know Steve as the co-creator and producer of “Browncoats: Redemption”, a Joss Whedon Firefly/Serenity film for charity. His new book will take a global view at the formula or equation that successful startups have followed to become successful. It leverages visual elements (e.g. infographics, illustrations) to communicate the concepts in addition to profiling various startup communities and founders as to their approach and best practices. 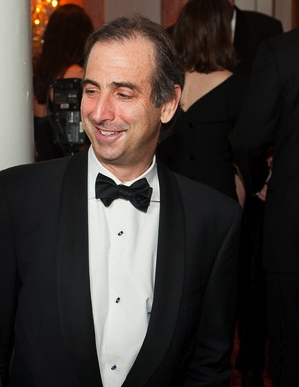 Richard is a full-time equity options trader in Houston Texas, with a focus on naked put selling and spread trading! Whatever that means! He is also a contributor to Forbes.com, and frequent visitor to the show. His Forbes pieces are slanted to expose and correct the corruptions existing in the world’s financial markets. Today, we have Richard on to discuss CEO pay! Don’t miss this one!  Richard has begun contributing to Real Clear Markets and a daily online newspaper Levine Breaking News. He has a BS in economics from UC Berkeley and an MBA in finance from the U of Pennsylvania Wharton School. He also recently wrote, directed, and produced a romantic comedy film titled “Sex, Marriage, and Infidelity.”