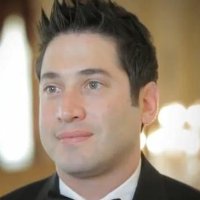 Posted at 03:29h in SFS Radio by jamesbeach

Rich Belsky is CEO of Rolltech, a company devoted to bringing the world of high tech data to bowling!  An entrepreneur since the age of 10, a law school graduate, and poker counselor and writer, Rich has an interesting past. He spends his free time with hiking, yoga and meditation. He has worked in industries from media to talent management to tech startups.

Brian Banmiller has worked with CBS NEws since 1981 and has interviewed CEOs and Presidents. Living and working in Silicon Valley, he has reported on the rise, decline and rebirth of tech, not to mention the rise of capitalism in China, the fall of communism in Russia, the threat of war in Korea, economic instability in the Philippines, and the future of Hong Kong. He has interviewed Presidents Clinton and Bush, Soviet President Mikhail Gorbachev and Bill Gates, Charles Schwab, Donald Trump, William Hewlett, David Packard and Michael Dell.