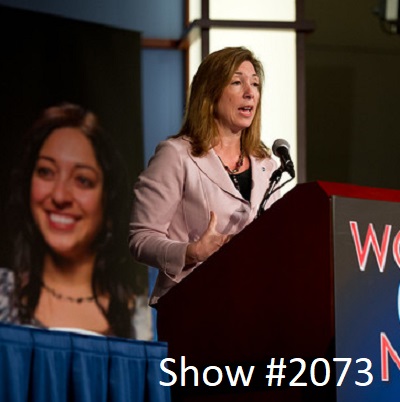 Posted at 08:19h in SFS Radio by jamesbeach

American politicians who have space related industries in their
districts have slowed progress because they care more about jobs
in their districts than actually accomplishing things. 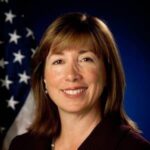 Lori Garver led the NASA transition team for President-elect Obama and served as Deputy Administrator of NASA from 2009 – 2013. Lori is a Senior Fellow at Harvard Kennedy School’s Belfer Center for Science and International Affairs, an Executive in Residence at Bessemer Venture Partners and a member of the Board of Directors for Hydrosat. Lori founded Earthrise Alliance, a philanthropic organization utilizing satellite data to address climate change and co-founded of the Brooke Owens Fellowship, an internship and mentorship program for collegiate women. Previous senior executive positions include former General Manager of the Air Line Pilots Association, Vice President of the Avascent Group, Associate Administrator for Policy at NASA and Executive Director of the National Space Society. She is the recipient of the 2021 Public Service Award for AIAA, the 2021 Heinlein Award for the National Space Society, the 2020 Lifetime Achievement Award for Women in Aerospace and has been awarded three NASA Distinguished Service Medals. She holds a B.A. in Political Economy from Colorado College and an M.A. in Science, Technology and Public Policy from George Washington University.

Autonomy, trust and transparency are the three pillars that make
remote work possible. They are best practices in any work situation. 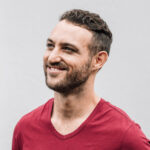 Ariel Camus is the Founder and CEO of Microverse, an online school that helps anyone become a high-paid, international software developer. The best part? The program costs $0 until you get employed. They are the first ones to scale peer-to-peer model (no other school/ university has been able to do it). Microverse has also raised over $17M+ and was part of the Y Combinator 2019 Batch. Thousands of people from over 100 countries apply to join Microverse every month, and hundreds of remotely-employed alumni from Colombia to Nigeria are making 3-10x their previous salary working for companies like Microsoft, VMware, Huawei, and Globant. Before starting Microverse, Ariel was the Co-Founder and CEO of TouristEye, a mobile app for planning trips and discovering new things to do while traveling. He grew the app to 1M users in 180+ countries before selling it to Lonely Planet in 2013. After the sale, Ariel worked as a Senior Product Manager of Lonely Planet’s website, with over 150 million unique visitors per year.