Posted at 22:42h in SFS Radio by jamesbeach

Alexandra Levit – Author of Humanity Works: Merging Technologies and People for the Workforce of the Future (Kogan Page Inspire) 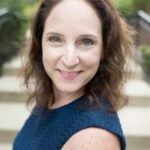 Alexandra Levit is an internationally recognized thought leader, futurist, and consultant. She conducts primary workplace research on behalf of Fortune 500 companies including American Express, Deloitte, PepsiCo, Whirlpool and, previously, the Obama administration. A columnist for the New York Times and Forbes, she also has been named ‘Top Entrepreneur to Follow on Twitter’ by Forbes, ‘Top Career Expert to Follow on Twitter’ by Mashable and ‘Top Business Expert to Follow on Twitter’ by CEOWorld. Alexandra Levit’s goal is to prepare organizations and their employees for meaningful careers in the future workplace. A former nationally syndicated columnist for the Wall Street Journal and writer for the New York Times, Fast Company, and Forbes, Alexandra has authored several books, including the international bestseller They Don’t Teach Corporate in College. Alexandra recently became a partner with organizational development firm PeopleResults. Alexandra is also a frequent national media spokesperson and was named an American Management Association Top Leader two years in a row and has also been Money Magazine’s Online Career Expert of the Year and the author of one of Forbes’ best websites for women. A member of the Northwestern University Council of 100 and the Young Entrepreneur Council, Alexandra received the prestigious Emerging Leader Award from her alma mater.

Dr. Janelle Luk – Medical Director of the Generation Next Fertility

Dr. Janelle Luk was born in Hong Kong. At 11 years old, my mother brought her to America. She was old enough to be shaped by her life experiences in Hong Kong, yet she was young enough to still be influenced by her upbringing in America. Her Eastern and Western experiences define her equally. She attributes a lot of her strengths to these two distinct worlds and her way of thinking. She attended Yale University for medical school and attended Brigham and Women’s Hospital Residency Program for her women’s health training. During her time in Boston, she continued to mentor and educate Harvard medical students on women’s health issues and started a student organization for integrative medicine and women’s health. This is something she remains passionate about today. 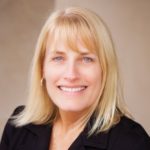 Laurie Conrod helps entrepreneurs who are ready for growth and want to stand out from their competition leverage the power of the Internet to automate lead generation and make more sales so they have the time freedom to do what they love. Laurie also helps accomplished men and women follow their dreams of starting coaching or consulting business, creating an info-product or learn how to sell affiliate products and services online. It’s ALL about your marketing.