Posted at 23:30h in SFS Radio by jamesbeach 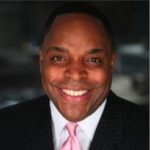 A successful stock market investor and mentor, Tyrone Jackson has helped hundreds of self-directed investors change their lives. His powerful stock market trading system helps investors profit in both up and down markets. For the past five years, Mr. Jackson has been helping creative artists and self-directed investors produce monthly residual income and build long-term wealth in the stock market. Mr. Jackson’s Wealthy Artist/Wealthy Investor program exposes both the experienced and novice trader to the powerful concept of using the stock market to create monthly residual income. Mr. Jackson began his stock market mentoring career teaching entertainment industry professionals how to trade stocks and create wealth. In New York and Hollywood, his Wealthy Artist program quickly took the entertainment industry by storm. To this day, it’s the only program of its kind to support wealth building for actors, writers, film editors, producers and directors. Before long, Jackson was asked to appear at wealth building seminars and workshops near California’s Silicon Valley. As it turns out, IBM, Apple and Google employees needed a financial mentor just as much as the rich and famous. Thus, The Wealthy Investor program was born. “All wealth is taught. I enjoy helping investors tap into the abundance of the universe by changing their thinking. It’s exciting to watch their trading accounts grow every month.” Before he became known as The Wealthy Investor, Mr. Jackson appeared as an actor on the silver screen in motion pictures alongside Oscar winners Meryl Streep and Morgan Freeman. He’s also appeared in and voiced over 250 radio and TV commercials.

Malena Crawford – Speaker, Mentor and Author of A Fistful of Honey 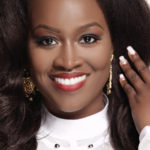 Malena Crawford is a Washington, DC-based author and a graduate of the George Washington University. She is the founder of the Black Divine Feminine Reawakened movement and facilitates workshops on personal development, empowerment, and anti-oppression across the globe, most recently in South Africa and Brazil. A Fistful of Honey is her first novel and she is currently completing its sequel. I am an African American entrepreneur with a story of overcoming that I believe would be great for your audience. I spent a great deal of my childhood and adolescence in homeless shelters and at one time campsites. I spent my entire 9th grade year under a tent. After facing the perils of life for a young woman with low self worth and self-esteem, I was determined to turn my pain into gold, not just for me put for thousands of men and women like me. I became an transformation coach who speaks and teaches globally. In 2017 I released my first novel, A Fistful of Honey, which was hailed a “must read” by the Oprah Winfrey network’s Iyanla Vanzant of Iyanla Fix My Life among others.

Anna Foster is the Founder/CEO of A Maven’s World Lifestyle Brand. She is a connector, influencer, radio host, event host, and speaker. Anna is known by her clients as the “Maven” of Business,” because of her business savvy and strategies of brand development and enhancement. Her popular workshops “Creating Your Brand” and “Mindfulness for Entrepreneurs” serve as a guide for professionals looking to develop their personal and professional brand. Anna has partnered with numerous entrepreneurs, non-profits, and corporate clients including the Massachusetts Institute of Technology (MIT), the Urban League of Eastern Massachusetts, the Bottom Line, the Greater Boston Sickle Cell Disease Association, Conexión Executive Mentorship, and Leadership Program, and NAACP ActSo/STEM Competition. She is a member of numerous professionals organizations, including the Boston Chamber of Commerce, South Shore Chamber of Commerce, and the South Shore Women’s Business Network. She presently sits on the Small Business Advisory Board for the Greater Boston Chamber of Commerce. Anna is the former Vice Chair of the Network for Women in Business-Massachusetts and the host of “Life is Fabulous with Anna Foster,” a lifestyle-focused talk show on various media outlets. Prior to founding A Maven’s World, Anna owned and operated several businesses in various industries. This experience has fueled Anna with the passion to assist entrepreneurs and professionals to live their best life and gain success by living authentically.  Several years ago, Anna set out to create a world in which people who are facing obstacles and encountering challenges can feel safe instead of scared, empowered instead of defeated, and be rewarded instead of rejected.