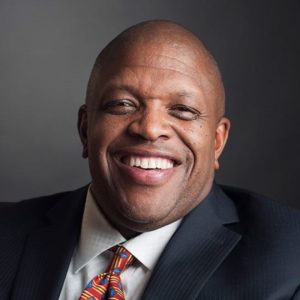 Posted at 08:56h in SFS Radio by jamesbeach

I was the bottleneck in my corporation. Like any bottleneck,
it’s at the top. And it was me!

David Cooks  – Author of Getting Undressed: From Paralysis to Purpose

You have to be authentic. Have a sincere desire
for the best for the people you work with. 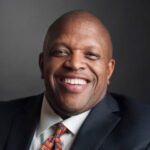 David Cooks shares his personal journey of how he discovered purpose in the midst of personal tragedy by taking something extremely personal and making it memorable in his book, Getting Undressed: From Paralysis to Purpose. At the age of 15, David Cooks, a high school sophomore and passionate basketball player, experienced a spinal aneurysm leaving him as a T-6 paraplegic. Refusing to let the wheelchair control his life, David made the decision to persevere from the very beginning. He received his Bachelor of Business Administration in Finance from the University of Wisconsin-Whitewater and his MBA in Finance from Duke University. He has coached at Duke University, working with Hall of Fame coach Mike Krzyewski and also spent time as an assistant basketball coach at Concordia College in Mequon, Wisconsin. David is the founder of David Cooks Enterprises, LLC: a speaking, coaching and training organization helping businesses and individuals put their purpose into action with clarity on teamwork, leadership and communication. He clearly demonstrates how obstacles should not define you, obstacles should redirect you.